Let us do all the work for you - and enjoy your beer!
Are you a group leader?

The most golf & hotel options for Kamloops
Stay & Play Packages

The Twitter-verse was all aflutter this past week when video was posted with Bryson DeChambeau stalking a putt while Justin Thomas observed in supposed frustration as the clock ticked on and on.

Opinions surfaced at a fast and furious pace, with the scales seemingly tipped in favour of vilifying DeChambeau, who took about two minutes and 20 seconds  to roll an 8-footer past the cup. 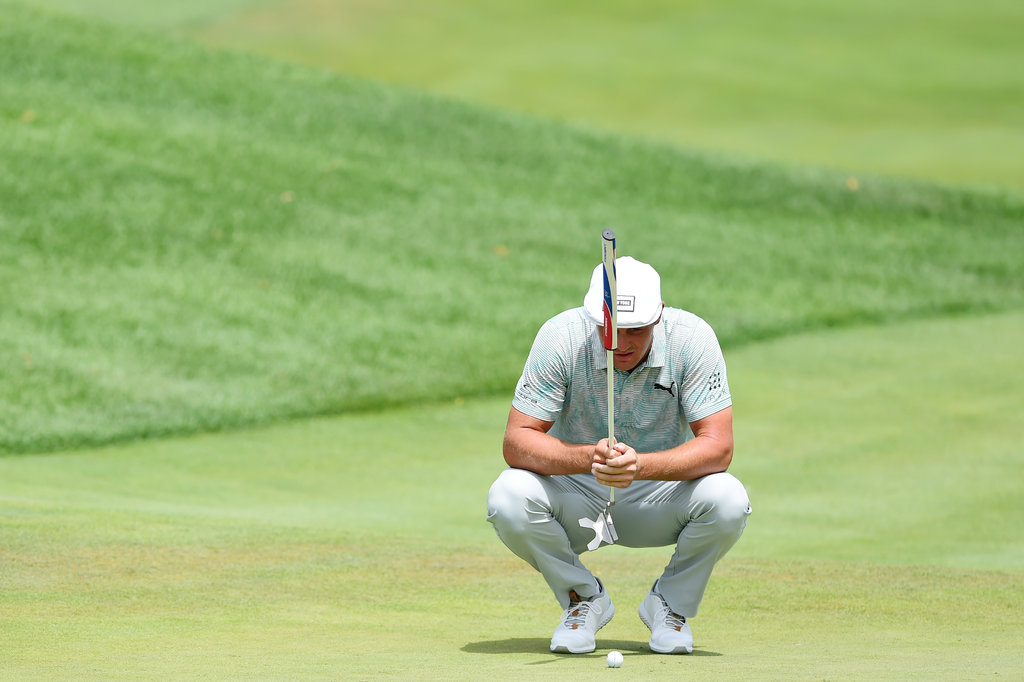 These days, with video cameras aplenty and instant downloads to online apps readily available, any perceived transgression lands in our face almost immediately, with people seemingly begging for commentary.

A small sample-size incident can be blown out of proportion before any accurate perspective can be researched and supplied in the public domain. The knee-jerk reactions tend to rule the day, then people move  on.

The PGA Tour suggests it would like the stars to play shots in 40 seconds.

During the same tournament the DeChambeau incident was highlighted, I timed Abraham Ancer as he took 1:03 to hit a 6-footer into the cup on the 72nd hole.

It didn’t seem to bother him. Didn’t bother me. Didn’t land on Twitter, either.

But what’s the real debate here?

If I play a four-hour and ten-minute round of golf with my foursome, but struggle mightily on a couple of holes, should the focus be my lengthy adventures during the round?

At what point does the “big picture” garner consideration?

I am confident the PGA Tour has some impact on how we endeavour to do things at the grassroots. However, allowing isolated incidents to formulate our own approach doesn’t seem to me like the fault of touring professionals.

I am also confident that back in the day when Ben Hogan, Sam Snead and Jack Nicklaus strode the fairways, there would have been issues of slow play and players with a reputation for moving at a snail’s pace.

I suppose the upside for these types was the absence of video and peering, critical onlookers with a techno-platform to voice their concerns. I don’t recall folks running around the golf course with their polaroid cameras and fax machines in an effort to quickly fire the messages out to the masses.

Examples of slow play on the PGA Tour are going to continue to surface. I just think it’s a fact of life.

So, let’s just get over it, folks!

Alas, I suspect this is simply not possible for many people. It’s just not in  their DNA.

This perceived shortcoming certainly doesn’t mean a dawdler can’t enjoy golf. Rather, the opposite has to be true. These types are likely loving every minute – every long minute. The enjoyment of others does not get in their way of doing their own thing their own way. 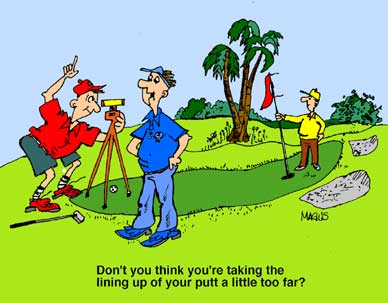 As I’ve always mentioned over the years in my own gentle, sarcastic tone to these types:

“I guess you’re not going to let my golf bother you”.

From this corner, the question begs:

How do you take a person who generally drags their butt in any and every facet of their life, put them on a golf course, and expect they can move with any semblance of urgency?

We all know that guy, don’t we?

Yet, curiously, he always seems to be able to find a game.